Home > Design > Some typography terms your designer will throw your way.

Some typography terms your designer will throw your way.

Typography is an art we all take part in on a daily basis, from that mid-semester project to the early leave request letter you are in such a hurry to finish. When it comes to design, typography is not as simple as it looks. There are terms and jargon designers use that may baffle a client. Here are a few of them that will come in handy.

A typeface aslso known as font family, a can be described as the clothing of text characters. A typeface is composed of characters that share common design features, such as Arial, Times New Roman, Helvetica, etc. A typeface may contain several fonts.

A font is a particular weight, size and style of a typeface. A collection of all characters in a typeface, in one size, weight and style. For example, Calibri 15pt is a font, Calibri bold 16pt is also a font.

A serif is a small line attached to the end of the body of a typeface. A typeface that makes use of the serif is known as a serif typeface (Roman). Examples are Times New Roman, Baskerville, Centaur, etc.

A Sans-serif (Gothic) typeface does not have serifs. Examples are Avant Garde, Arial, Helvetica, etc.

Pronounced ˈlɛdɪn in reference to the metallic strips (lead) used back in the days of metallic typesetting. Leading is the vertical space between each line of text. 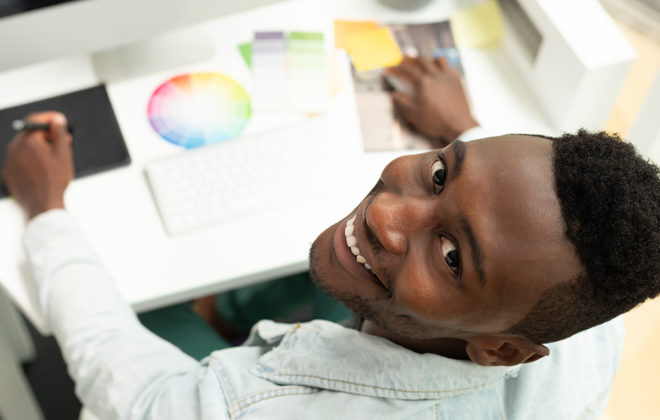 How To Get The Best Out Of Your Graphic Designer.